Over the last two decades, I have traveled the world in a constant quest to find those gems that fit the description of a true gem-stone. Although the cultures and tastes may vary from one country to another, there are several gems that have greater appeal over others. They include rubies, sapphires, emeralds, pearls and of course diamonds. Each of them are mined in several locations around the world, but there is usually one region that produces the best examples. For sapphires it is the Kashmir region. High up in the mountains and inaccessible most of the year, the original seam was exposed at the end of the 19th century by an earthquake. For emeralds it is the fabled mines of Muzo. Located in a valley deep in the jungles of Colombia, the early emeralds were destined for royalty. The Kashmir ring featured here is one of those gem-stones. Over 20 cts and eye clean, its soft velvety blue hue is mesmerizing. Although the Bulgari emerald and diamond necklace is contemporary, the central emeralds are of superior quality and the design takes its inspiration from the early 20th century.

The four wonderful jewels pictured here are just some of the highlights from our forthcoming Hong Kong Magnificent Jewels and Jadeite sale which takes place on October 4th. They will be on view to the public at the Hong Kong convention center from September 30th to October 4th and no reservation is required. If you happen to be in Hong Kong during that time, I would be thrilled to give you a private viewing of these or any of the other superb jewels at our auction exhibition. 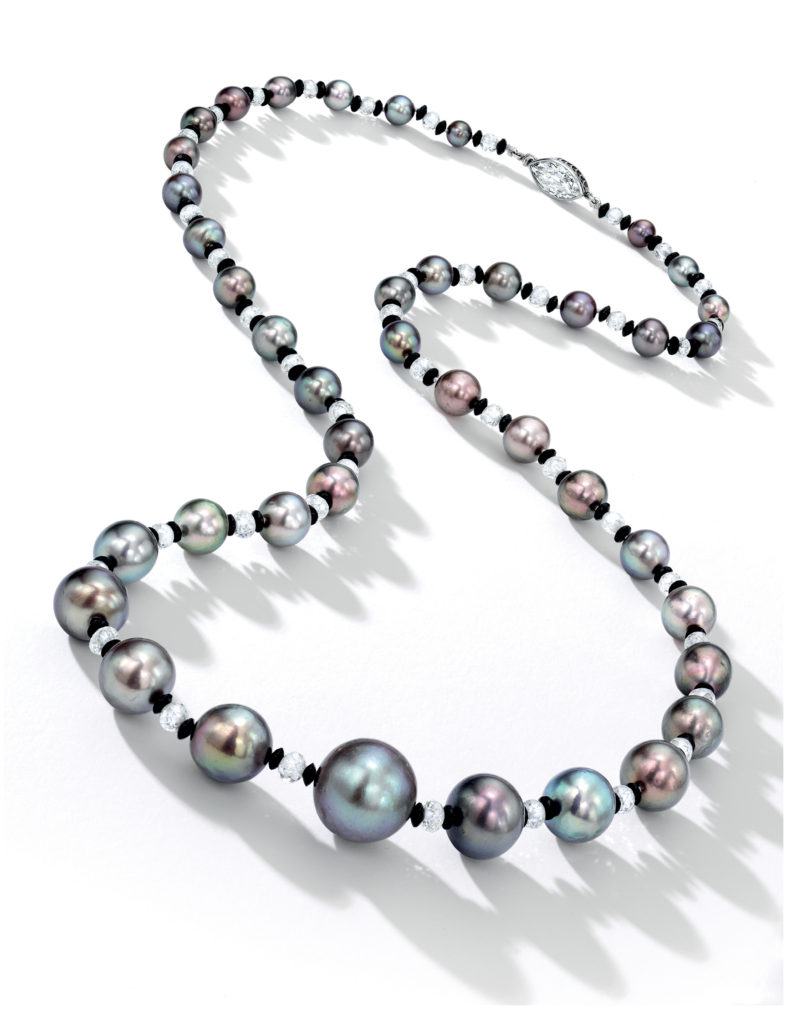 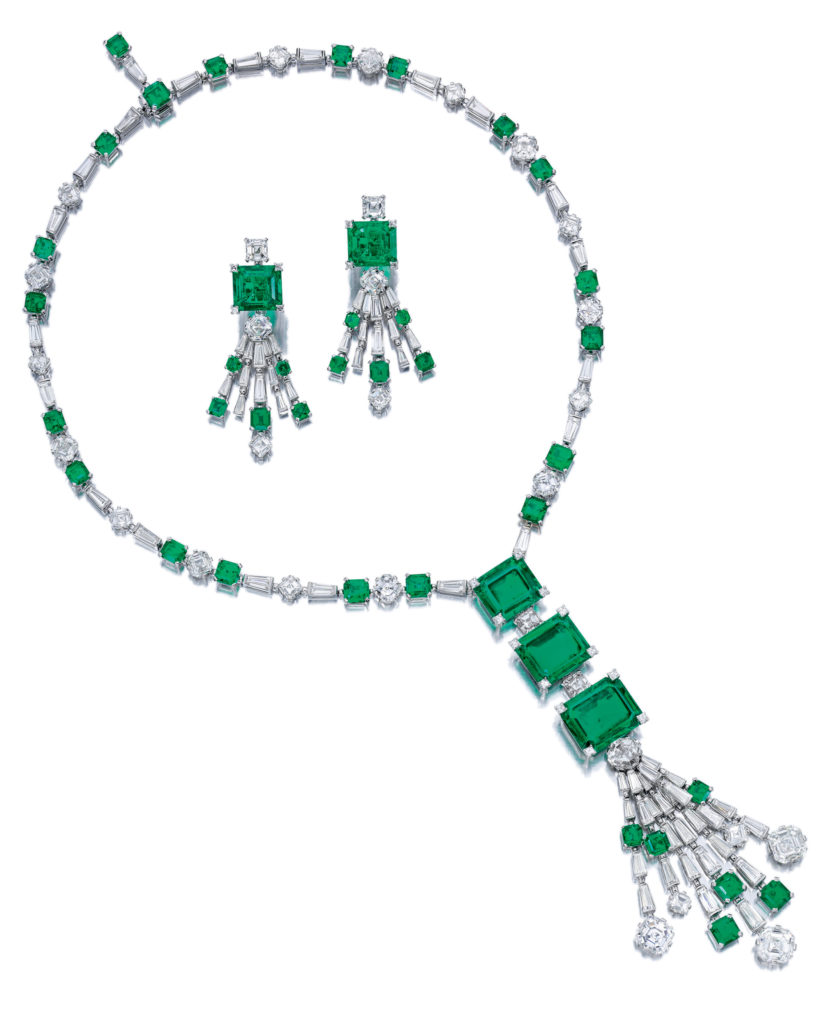 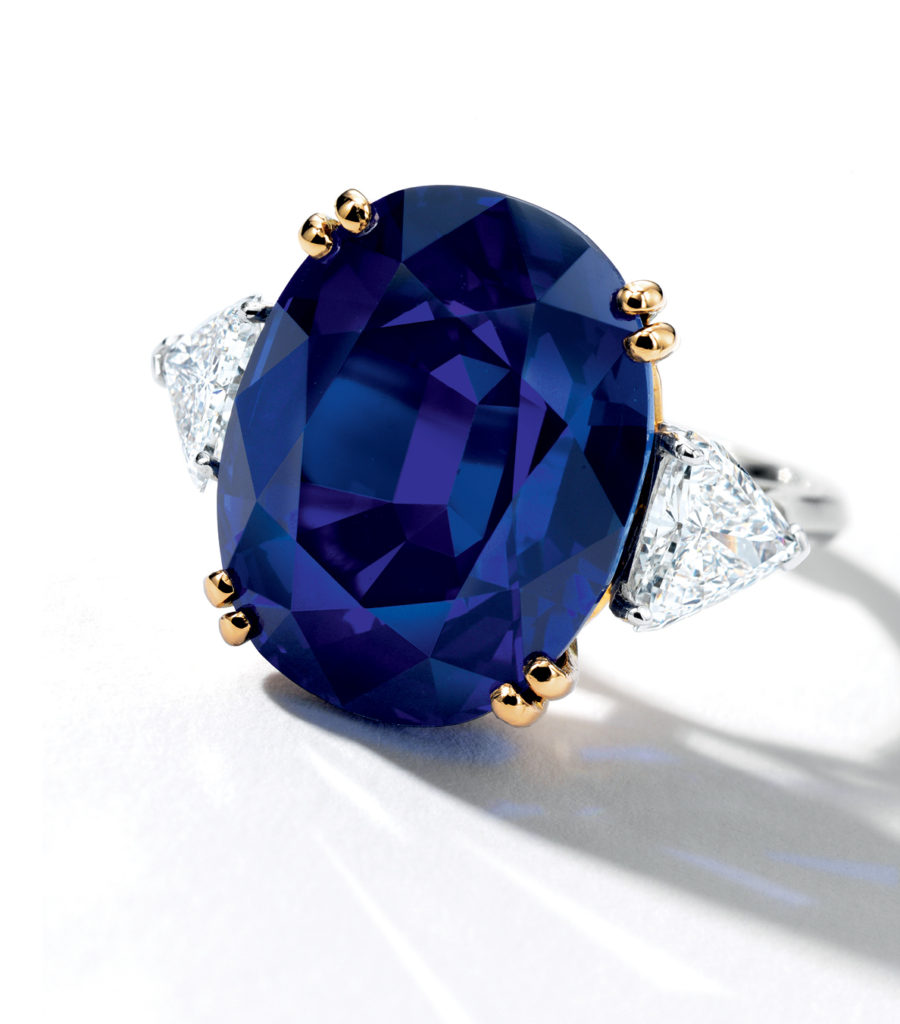 Accompanied by Gübelin, SSEF and GIA reports numbered 15105176, 83588 and 1172540567, dated 26 October 2015, 12 January 2016 and 29 March 2016 respectively, stating that the 20.22 carat sapphire is natural, of Kashmir origin, with no indications of heating. GIA and SSEF also state that the colour of this sapphire may also be called ‘royal blue’ in the trade and based on SSEF reference standards. The SSEF letter further stating that ‘it exhibits a remarkable size and weight of 20.225 ct combined with a highly attractive colour and an outstanding purity… based on these excellent qualities, this gem has been poetically named The Pride of Kashmir.’ Also accompanied by the SSEF folio report and Gübelin gemmological profile. 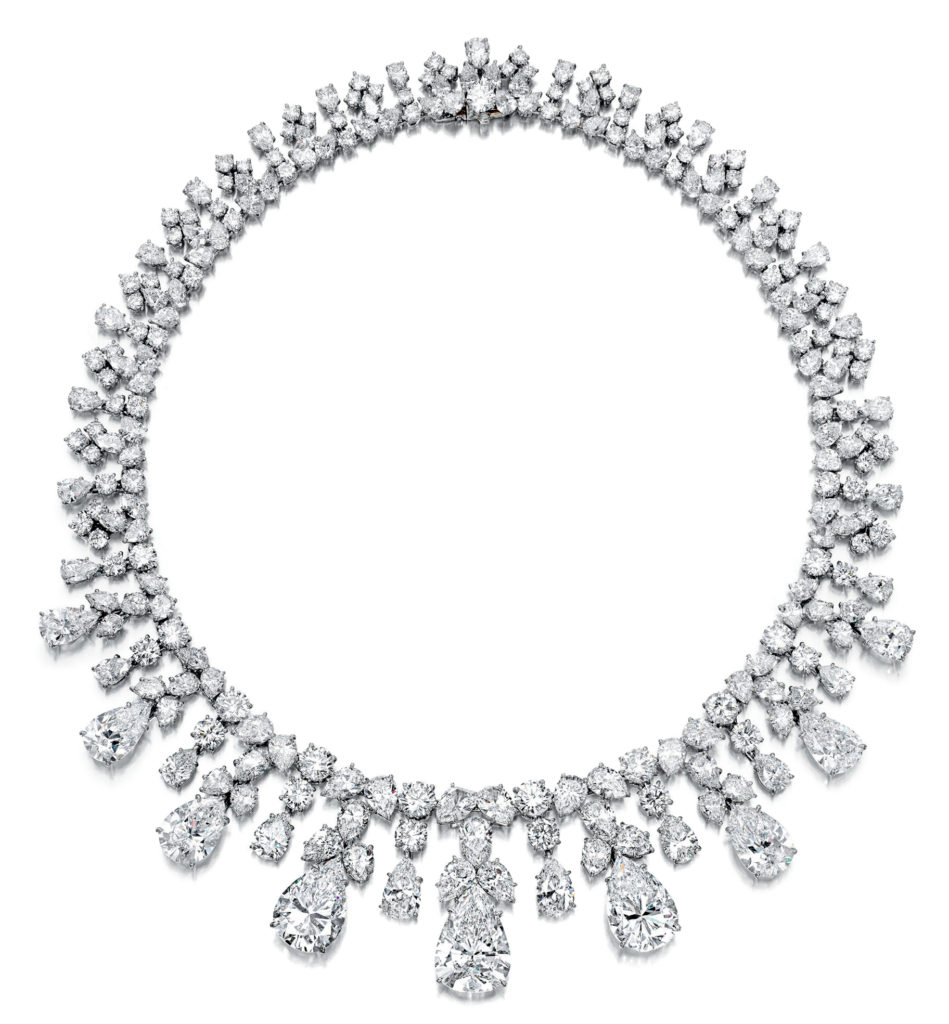 Accompanied by nine GIA reports, stating that the diamonds weighing from 14.93 to 2.04 carats are all D Colour, Internally Flawless; further accompanied by seven diamond type classification reports stating that the diamonds weighing 14.93, 13.62, 13.10, 6.21, 5.04, 4.06 and 2.04 carats are determined to be Type IIa diamonds. Type IIa diamonds are the most chemically pure type of diamond and often have exceptional optical transparency.

About Brett O'Connor 5 Articles
Brett O’Connor joined Sotheby’s in 1999 and has been based in Geneva since 2002, sourcing gems for Sotheby’s worldwide Jewellery auctions. He has over 22 years of auction experience on three continents and has been involved with many of the important jewellery collections, including the collections of Baroness Eugene de Rothchild, Luisa Fanti Melloni, Maria Callas, Madame Claude Arpels, Lily Marinho, Count Guido Henkle von Donnermarck and Gina Lollobrigida. Mr O’Connor earned a Graduate Gemologist diploma from the Gemological Institute of America in Santa Monica, California, in 1994.
Website LinkedIn