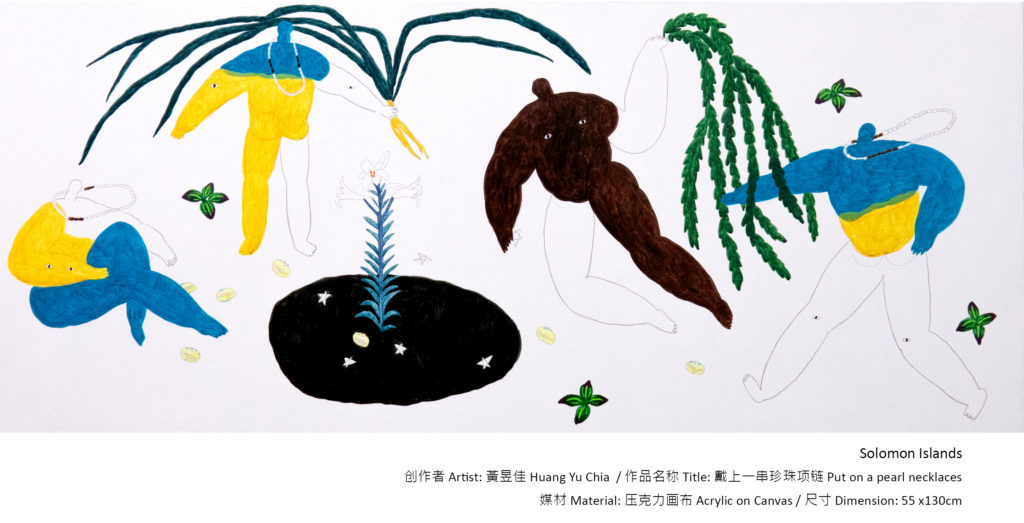 “Nowhere is nothing. Everywhere has histories.”

My memory doesn’t serve me correctly where and when I read this, but the straightforward and powerful sentence has been lingering in my mind.

As a traveler enjoying visiting and exploring the world, the question I am most frequently asked is: “Where do you come from?”

Most of the time, the reactions when I reply that I am from Taiwan are both positive and encouraging. Taiwan is recognized as a friendly and safe place to visit. Starting from the 1960s, Taiwan entered a period of rapid economic growth and industrialization, creating a stable industrial economy. Taiwan has become one of Asia’s big traders. It is considered to have achieved an economic miracle, and its high-tech industry plays a key role in the global economy. The media environment in Taiwan is among the freest in Asia, and extremely competitive. There are hundreds of newspapers, all privately-owned and reflecting a wide range of views. Telecommunication networks are well-developed. Taiwan is ranked highly in terms of freedom of the press, healthcare, and public education. In addition, Taiwan is among the most highly educated countries in the world with one of the highest percentages of its citizens holding a tertiary education degree. All of the compliments and kind words certainly make me smile and proud.

Considering Taiwan’s international recognition, I was quite surprised by one gentleman’s unusual reaction during one of my journeys. It happened more than ten years ago. After learning that I was from Taiwan, the gentleman blurted out: “Taiwan? Isn’t that just the name of a factory? I thought it was because everything seems to be Made In Taiwan!”

I was recently reminded of that funny encounter as I reflected on Taiwan’s world position today. Despite its diplomatic isolation, Taiwan has been actively involved in a lot of international affairs, events, and summits. Along with the efforts of numerous institutions, enterprises, non-profit organizations and so forth, Taiwan has come a long way, overcoming many obstacles to raise international awareness of its assets and capabilities. Nowadays, Taiwan has formal diplomatic ties with only a few countries; however, citizens of Taiwan have very little knowledge about the world beyond its borders.

Is it possible to employ the artists’ perspective as a means to broaden understanding and appreciation of the world beyond our familiar borders? If, through the medium of contemporary art, a group of artists forms a collective exhibition of paintings, sculptures, installations, videos, mixed media, and interactive art, would that excite people and encourage them to broaden their horizons and learn more about the world at large?

“We ART The World”, a group exhibition focusing on contemporary art with special focus on the countries have formal diplomatic ties to Taiwan, was born.

Almost 20 artists accepted the challenge and joined the project. Each artist was assigned the role of creating one piece or ensemble of artwork emerging from the artist’s research of a country assigned to that artist. Within the context of studying a country’s geographic location, ecology, culture, lifestyle, each artist was inspired to create a unique interpretation of that country’s special essence.

The first thing we learned about Kiribati, during the interview with the Ambassador Tessie Eria Lambourne, is that the combination “ti” is pronounced “s” in the Kiribati language. Kiribati has a total land area of 800 square kilometers (310 square miles) that are scattered over a vast area of ocean about 3.5 million square kilometers (1,351,000 square miles); equivalent in size to the continental United States! It is the only country that is situated within all four hemispheres and is one of the first places on earth to see the first rays of the rising sun. Kiribati consists of 32 atolls and one solitary island (Banaba). Canoes travel freely on the lagoons. It is blessed with an extravagant that there are 600–800 species of inshore and pelagic finfish, some 200 species of corals and about 1000 species of shellfish. Surprisingly, Kiribati’s swamp taro is likely to grow as giant as a watermelon. 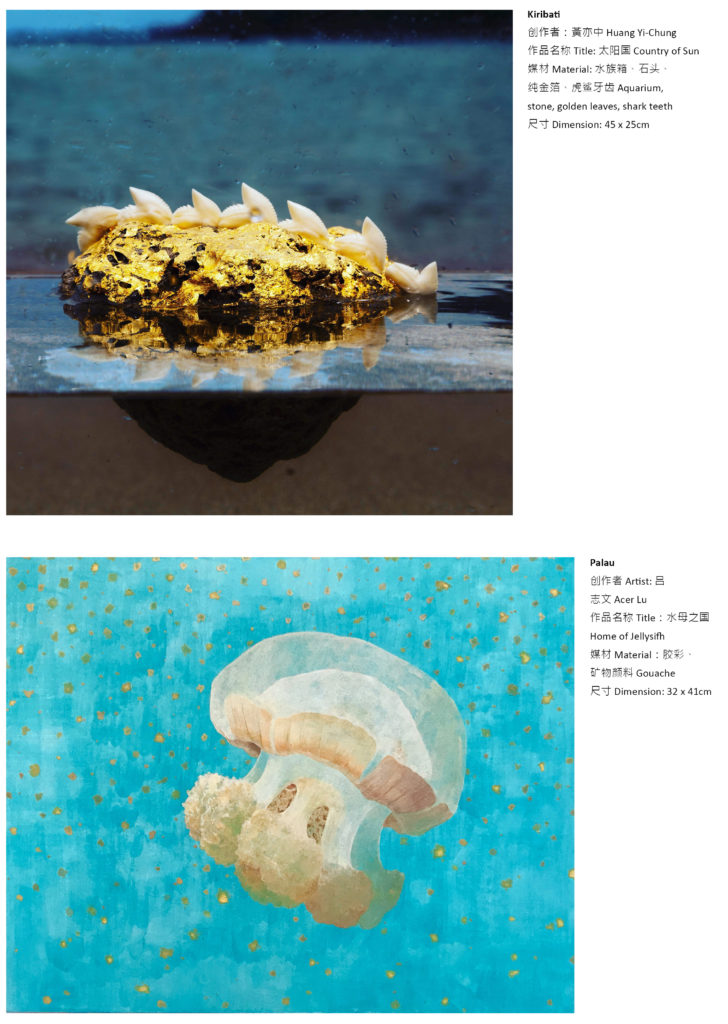 The artist Huang, Yi-Ching was inspired to create a painting and installation for Kiribati. The two pieces, employing gold and shark’s teeth as the major elements, speak to essential mythology and beliefs of Kiribati culture. For the people of Kiribati, the gleaming color of gold reflected by water represents eternity and the shark teeth represent a genesis myth that the islands of Kiribati are protected from sinking by the teeth of sharks. Given that most of the islands and atoll are only one or two meters above sea level, this is a significant element of the Kiribati world perspective!

To better understand the Republic of Nauru, we interviewed a volunteer who had lived there for a while. Nauru is one of the least populous countries and the third smallest country by area in the world, behind the Holy See and Monaco. It is also the smallest island country in the world. In the years after independence in 1968, Nauru possessed the highest GDP per capita in the world due to its rich phosphate deposits. The phosphate deposits originate from the droppings of seabirds. The main entertainment on the island is Bingo. Residents begin playing on Friday night and continue through to late Saturday. On national holidays, Bingo games are played continuously.

Lu, Wei-Chung, whose signature works are distinguished by fanciful creatures individually created from Lu’s imagination, created a work of video art employing images from Google Earth and her hand-drawings to present the spirit of Nauru. The creatures mirror the wonderful natural environment of Nauru and particularly the creatures of flight as birds have an intimate relationship with Nauru’s environmental surroundings and economic development.

Legacy Lab International took the challenge to create a piece of art about Saint Kitts and Nevis. The Federation of Saint Kitts and Nevis consists mainly of two islands, St. Kitts and Nevis. In the pre-Columbian period, the indigenous people on the islands named St. Kitts “Liamuiga”, meaning “fertile land”, and Nevis “Oualie”, meaning “land of beautiful waters”. This work pays tribute to the people of the country by referencing its original pre-Columbian names with the water and the cellular island at the center. It is devised of a plate which viewers can rotate to generate waves and rain. The rain penetrates the island while finding its new state of equilibrium, representing that the nation and the people thrive from the inspiration and energy drawn from nature. 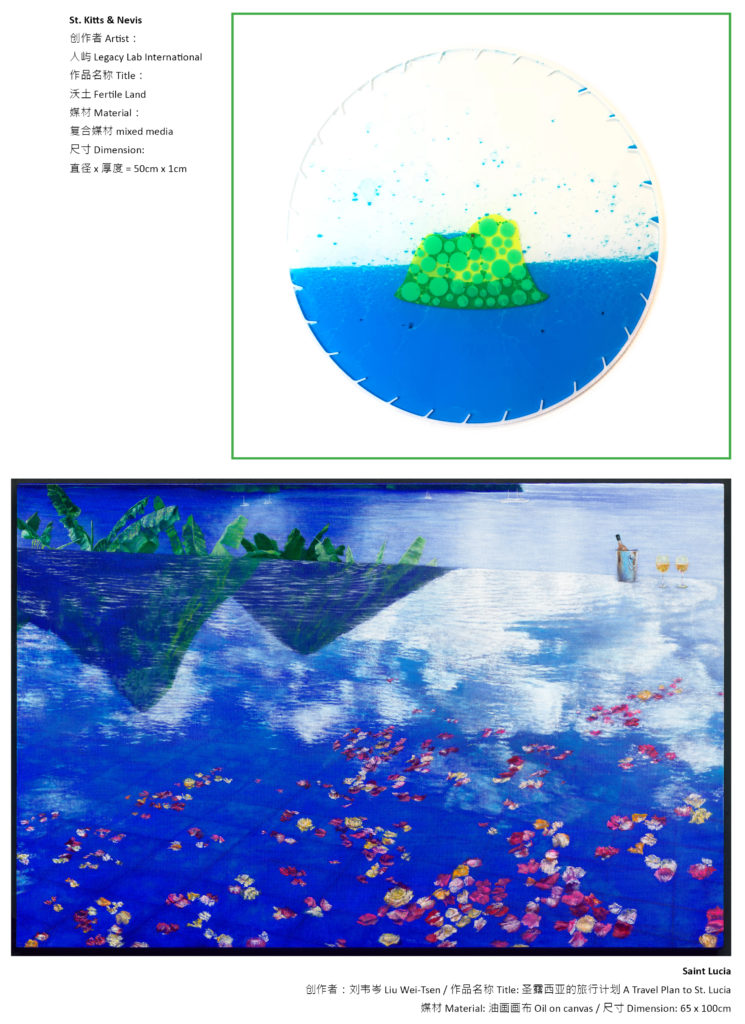 Saint Lucia, a sovereign island country in the West Indies, takes great pride in its two Nobel Prize winners! Coming from the 617 km2 (238 square miles) country distinguishes them as the highest number of Nobel Prize winners per capita in the world. It is the leading honeymoon destination in the Caribbean. Saint Lucia was named after Saint Lucy of Syracuse by the French, the island’s first European settlers, and the only country in the world named after a woman. This interesting set of facts inspired artist Liu, Wei-Tsen; to create “A Travel Plan to St. Lucia”, a set of artwork including an oil painting and a photo collage, to celebrate the country’s romantic atmosphere.

We have often noticed a bird appearing on the packaging of the Guatemalan coffee beans sold at Starbucks; however, we never realized how important that bird is to the Republic of Guatemala. 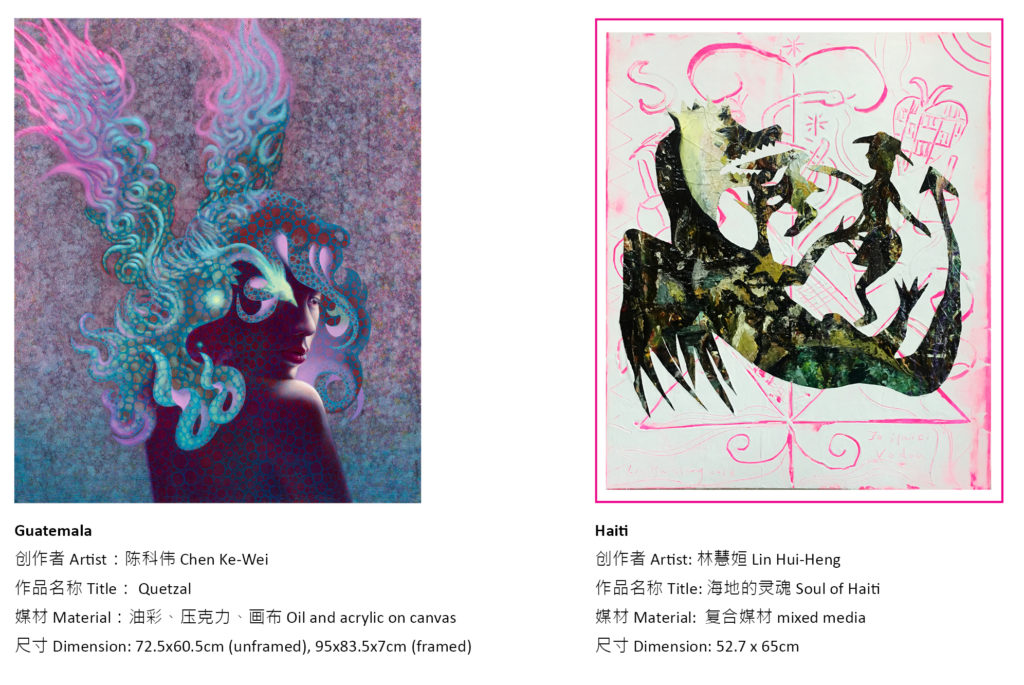 Quetzal symbolizes freedom. In the ancient time and Mayan civilization, the Aztecs considered quetzal as the incarnation of Feathered Serpent (also called Quetzalcóatl). Chen, Ke-Wei, an artist whose favorite coffee beans are from Guatemala, enjoys studying mythological creatures and gods during his leisure time. He combines Quetzal’s phoenix-like long tail with a striking dream-like image of a woman to create an oil painting for Guatemala. In homage to the cultural icon, the piece is entitled “Quetzal”. 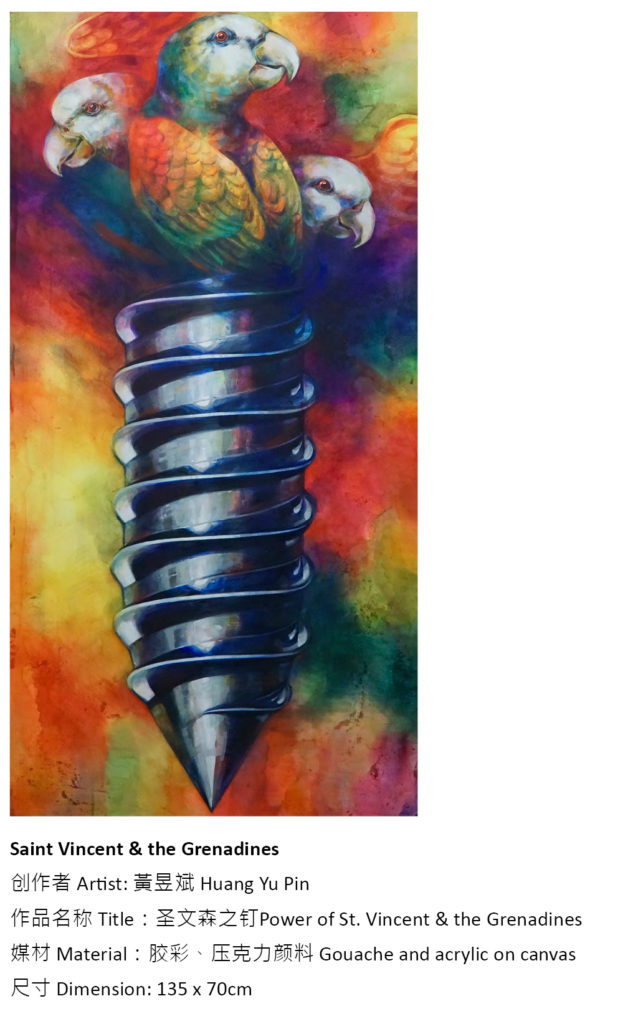 We learn something new every day. For instance, the Great Blue Hole is a giant marine sinkhole off the coast of Belize. The number of local languages listed for the Solomon Islands is 74, of which 70 are living languages and 4 are extinct, according to Ethnologue, Languages of the World. One of Tuvalu’s largest sources of income is from the lease of its highly marketable internet domain of ‘.tv’. Voodoo is recognized as an official religion in Haiti. The full moon in Palau is traditionally considered the best time for fishing, planting, and other activities. The Football War (also called Soccer War or the 100 Hours War) was a brief war fought between El Salvador and Honduras in 1969, ignited by a 1970 FIFA World Cup qualifier. The flag of Paraguay differs on its obverse and reverse sides. The center of the white stripe on the front of the flag bears a national coat of arms. The reverse side is decorated with an emblem of the Ministry of Finance.

As the saying goes: Whatever has happened before will happen again. The similar phenomenon, furthermore, often returns in a different way, leaving us a wonderful reason to continue to discover and experience the world around us. That art transits all the boundaries is what we believe in this group exhibition, and we look forward to sharing with the world. 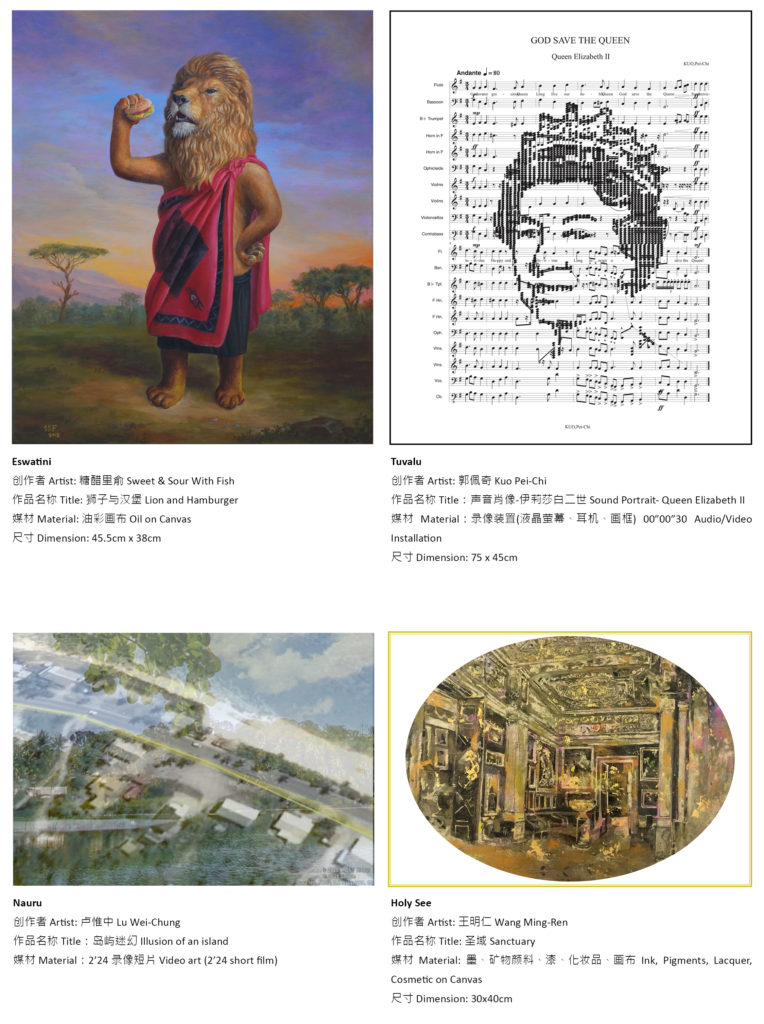 Why IXD is an innovative art presentation design company. Specializing in art installations at venues spanning music and dance performances, shopping centers and other public areas (see below of their work at Taoyuan International […]