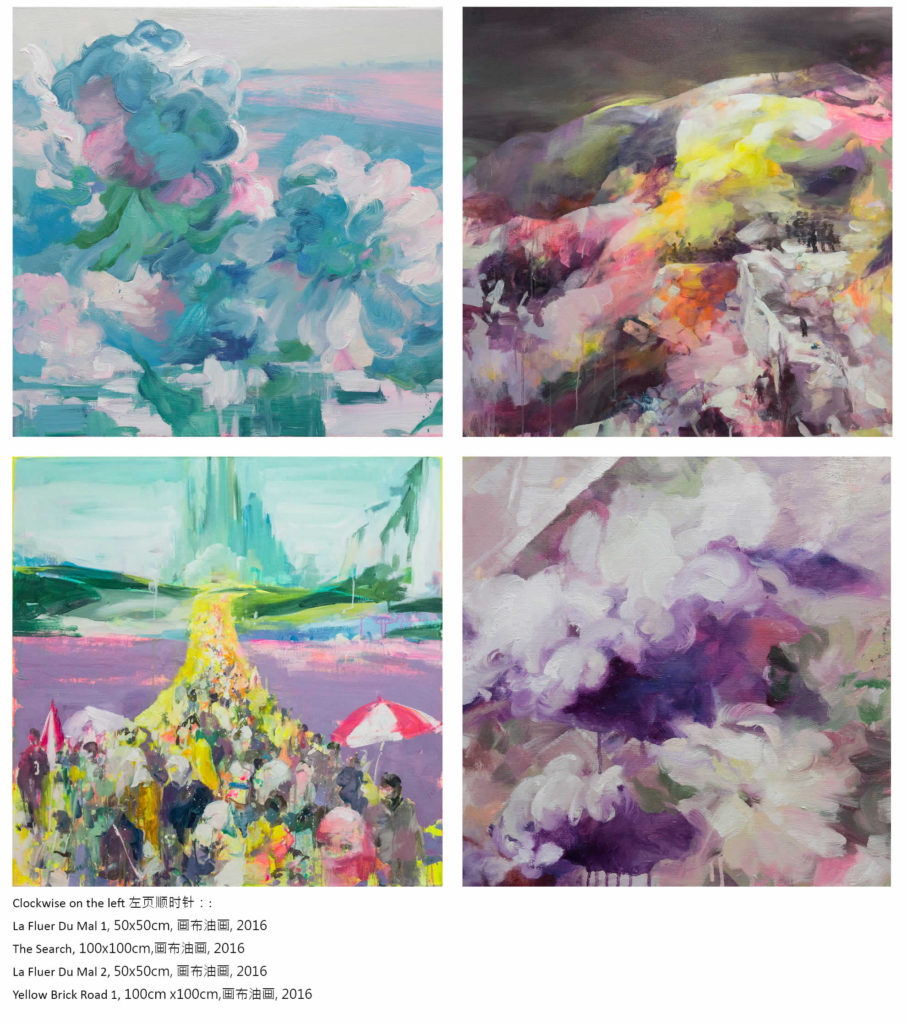 “Can you name five women artists?” In honor of International Women’s Day, the National Museum of Women in the Arts has launched a social media campaign dubbed #5womenartists, which runs every March by asking individuals to publicly recognize five women artists.1 To echo that campaign, The Huffington Post last year recognized not five but 101 we should remember in the art world, and they highlighted 201 influential women artists this year.2 The list reflects the period art history, from the Renaissance to the modern and contemporary period of time, from the traditional visual art technique to the new media art form and performance and body art. Some names are easily recalled such as Lavinia Fontana (1552–1614), Artemisia Gentileschi (1593- 1653), Louise Élisabeth Vigée Le Brun (1755-1842), Georgia O’Keeffe (1887-1986), Frida Kahlo (1907-1954), Lee Krasner (1908–1984), Elaine de Kooning (1918–1989), Louise Bourgeois (1911-2010), Yayoi Kusama (1929- ), Marlene Dumas (1953- ), Marina Abramović (1946- ), Marlene Dumas (1953- ), Tracey Emin (1963- ) and so on. Some names we are not acquainted with but are familiar with their artwork, and others we might need a little time to do some research.

This year in the early hours of International Women’s Day, a small statue of a girl named “The Fearless Girl” created by Kristen Visbal was installed in front of New York City’s iconic monument, “Charging Bull”. The statue was an immediate hit that drew massive crowds and caused some ripples not only in the art world but also financial industry. The four-foot bronze statue of a girl with her hair in a ponytail, keeping her chin up, standing with her hands on her hips, staring down the famous 7,000-pound “Charging Bull” sculpture near Wall Street represents a face off with the hyper-masculine bull as an image for business and leadership. “This is a piece of work all women of any age, shape, color or creed can relate to,” Visbal said in a statement. “A work which reminds us today’s working woman is here to stay and has taken her place in the nation’s financial district.” The marketing stunt was initiated by the advertising agency McCann New York and State Street Global Advisors, which is the asset management arm of State Street. “What this girl represents is the present, but also the future,” said Stephen Tisdall, the State Street Global Advisors chief marketing officer, in a New York Times interview. “She’s not angry at the bull — she’s confident, she knows what she’s capable of, and she’s wanting the bull to take note.”

Kristen Visbal might not be named with ease during #5womenartists campaign; however, “The Fearless Girl” will definitely have a spot in history after March 8th, 2017. We would like to introduce you to Pei-Hang HUANG, a versatile and vibrant emerging female artist who creates oil-on-canvas form of art in her own personal style by addressing serious media, historical, social or cultural issues with a cutting edge yet subtle and delicate point of view to reflect the daily reality.

Pei-Hang Huang is interested in perception and distance that she usually starts from a topic, a physical object or an event broadcasted by the media. Such information, such as perception, seem to be important information but are actually removed from our daily lives, like a kind of “second-hand information” that we are familiar with but can never experience physically.

In Regarding The Pain of Others, Susan Sontag mentioned two notable ideas regarding modern media. The first idea is that public attention is effectively steered by the focus of the media. The other is that “the world is saturated, no, hyper-saturated with images…in the end, such images just make us a little less able to feel, to have our conscience pricked.” Is the reality alluded to by images important to us? Do we really care about something happening half a world away or do these omnipresent images make us insensitive? Her interest in images and detachment emerges from there.

There is an incompressible distance between one’s urban cosmopolitan daily life and the issues and events presented in everyday media. Huang’s work is at the crossroads between image and imagination. She explores the relationship between an object and its dual image, deconstructing its reality, as she perceives it and rebuilds it blended with elements that she borrows from other contexts. Huang is particularly interested in fairytale-like themes, which can often give a sugary appearance to a disturbing piece of content. It creates the visual experience equivalent of a guilty pleasure in a work where more serious, factual information slowly becomes discernible to the viewer. These elements hint at an uneasy mixture of concern, indifference and frustration towards reality, which contrasts with the eerily scenic world that she weaves them into. But ultimately the joy of visual experience overcomes the theoretical discourse and the painting becomes whole. 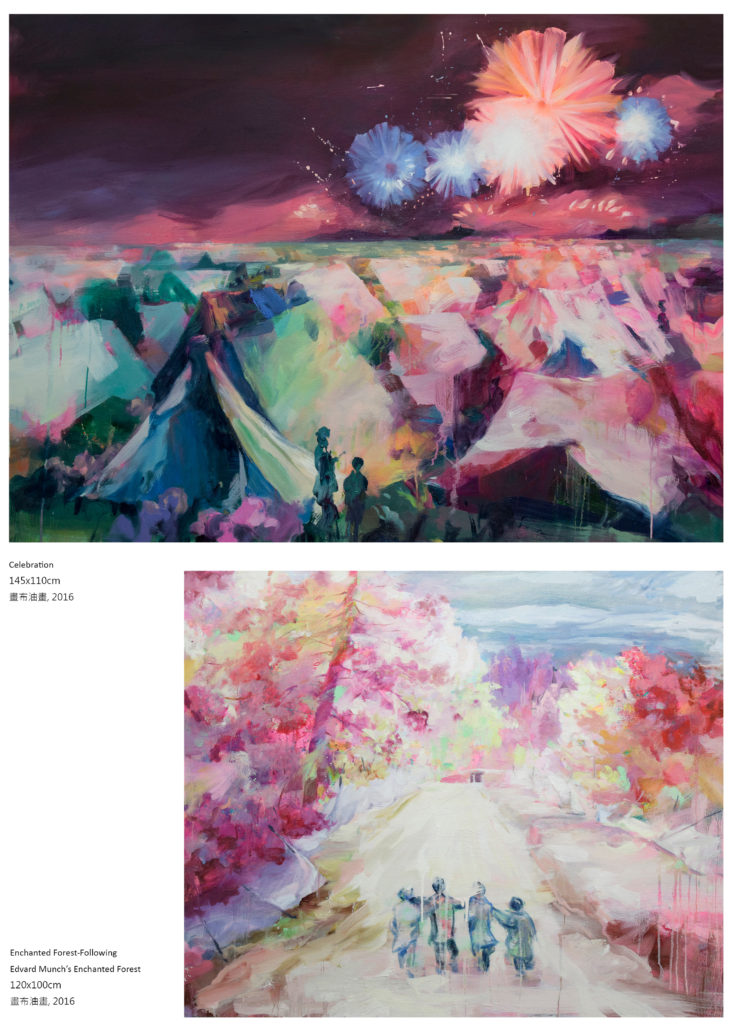