At the foot of Bubb Road in Cupertino, California is Dorothy Anne Way and the unpretentious gate to a world seemingly lost to time; The Seven Springs Ranch. Located at the foot of gentle slopes which today border 60,000 acres of protected open space for hiking and riding behind it, the ranch overlooks a valley once abundant in agricultural product and now the dynamic center of a very different yield, Silicon Valley.

Nearly 40 acres in size, Seven Springs Ranch is an absolutely unique property in its location within city limits just minutes from the corporate headquarters of so many of the world’s leading technology firms. Just 10 to 20 minutes’ drive one finds Apple, Yahoo, Google, Facebook, LinkedIn, Nokia, Hewlett Packard, Microsoft and many more. Stanford University, U.C. Berkeley, U.C. San Francisco, U.C. Santa Cruz, San Jose State, and Santa Clara University are all within a short distance of the property. San Jose and San Francisco International airport are within 20 to 45 minutes’ drive, and the finest public K-12 schools in Silicon Valley are walking distance from the estate.

Among the many miraculous things about Seven Springs Ranch is the simple fact of its presence in the midst of a fully developed community. Estates of this size are only available in more remote settings often an hour or more from the closest services. Offered for the first time in 75 years, the new owner will possess an extraordinary estate offering unparalleled privacy and serenity in its expansive, natural setting, just minutes from all the excitement and convenience of Silicon Valley and the San Francisco Bay Area. 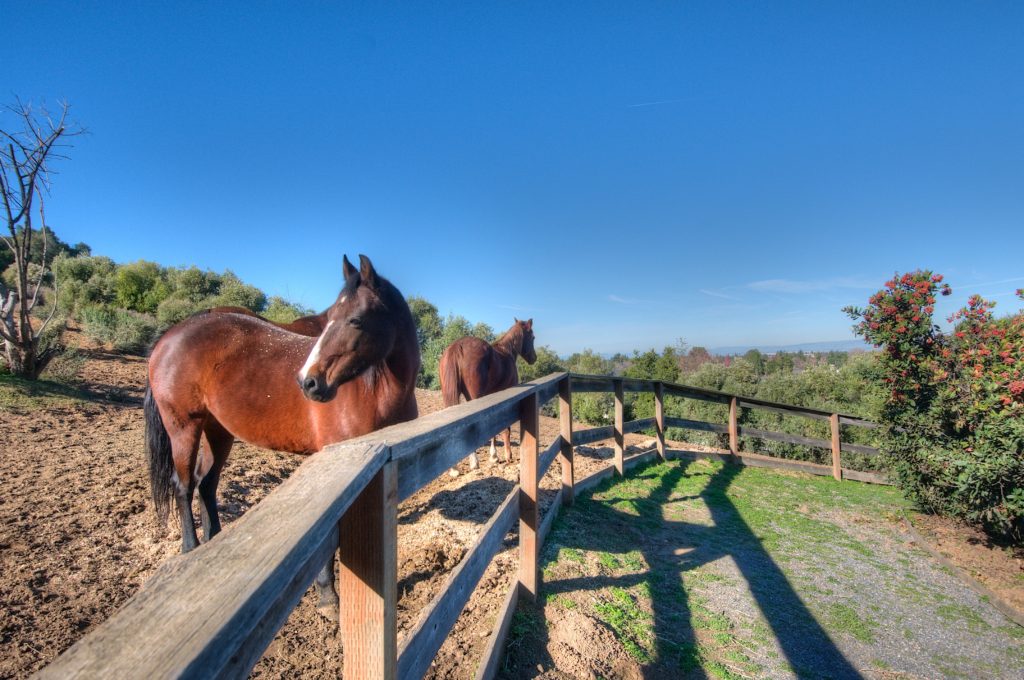 Founded in 1866 by John Bubb, after whom Bubb Road was named, it was reportedly purchased for the then whopping sum of $40 per acre. Bubb was claimed to have said that when he bought the land “it was so poor, that a jack rabbit would have starved on it.” Its major products at that time were mustard and squirrels. In time, Bubb settled his family there in a home he built at the intersections of Stelling and Prospect Roads at what was then known as Seven Springs Ranch for the seven abundant springs which coursed through the land.

The oldest structure on the property is the Bubb Barn. A timber-framed structure with a flared design, it is typical of 19th century barns at the time in the Valley. Square nails, channel-rustic siding, angled boxed eaves, and the complex post and beam joinery speak of a quality and sensibility more common in the 19th century than today.

A Gardener’s Cottage, Orchard House, sits across from the Main House with one of the remaining apricot orchards in between. The cottage is an example of common Bungalow/Craftsman style not unlike the plans marketed by the William A Radford Co. of Chicago, and was originally employed by Radford as the Division Superintendent’s Home.

Under the Radford ownership, Seven Springs Ranch was firmly established as a prominent agricultural center in the midst of what had now become known, due to its natural beauty and abundance, as “The Valley of Heart’s Delight.”

Down a picturesque garden pathway, one finds oneself at the front door of the Adobe House. Prominent Carmel architect, Robert Stanton was commissioned to design this Ranch-style residence completed in 1946 and built initially as a guest house. It is a Western Ranch-Style home with the low profile look, open floor plan, expansive steel framed windows and sliding glass doors suggestive of a mid-century modern design yet a unique marriage of rustic adobe and hewn timber with wrought iron supports gives it its distinctive Western Ranch House pedigree. Dorothy Lyddon engaged Hugh Comstock, noted for his Carmel “storybook” designs, for a 1964 addition in conjunction with the landscape design and pool by Thomas Church, master planner for Stanford, U.C. Berkeley and many other significant projects. The Comstock addition creates an L-shaped footprint which surrounds the pool and patio. Opposite the pool side of the home is a marvelous rustic patio with built-in barbeque which overlooks gorgeous landscaping and a large horse paddock which sits where a man-made reservoir was once located during the Radford period. Bright, sunny and airy, The Adobe House is inevitably a focal point for entertaining and tranquil rest amidst graceful scenes of nature and view of the pool. 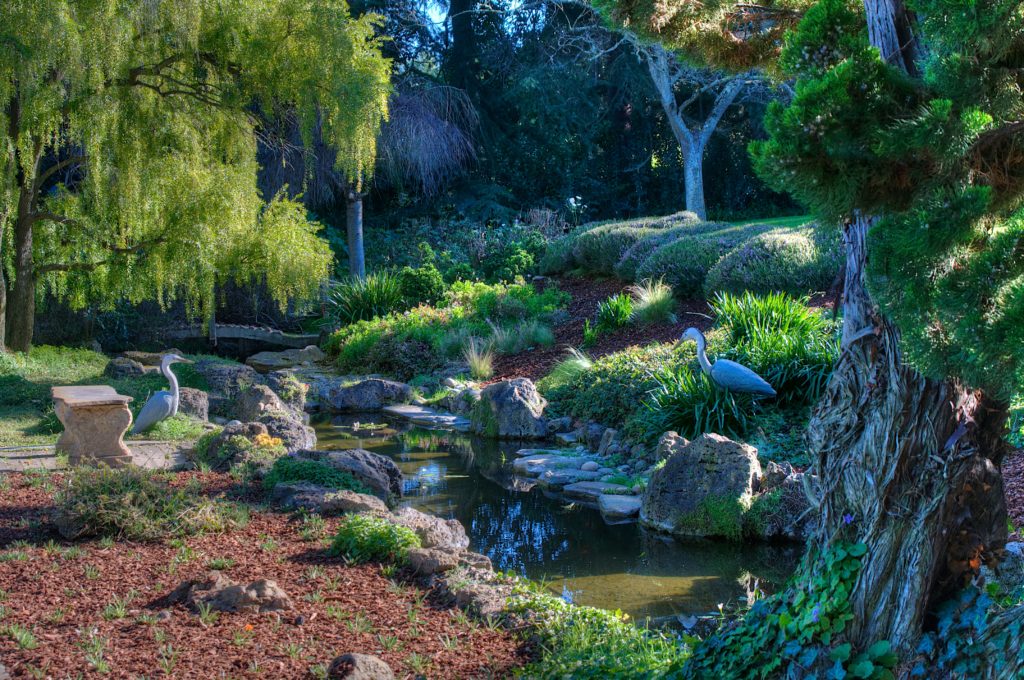 In its nearly 150 years, this is only the third time Seven Springs Ranch has been offered for sale and the first time in over 75 years. Considering the increasing demand for land and housing, it is likely the only property of its kind. A secluded equestrian estate with warmth of character which hearkens back to a quieter, tranquil pace of life and the origins of the Valley of Heart’s Delight, it now looks out upon a vista which frames the dynamism and excitement of Silicon Valley.