What do Barbie, SEGA’s Sonic the Hedgehog, and Leapfrog’s educational toys have in common? Their success is the brainchild of one man, Tom Kalinske. He has been CEO of various multinational companies such as Mattel, SEGA America, and Leapfrog. In each of the companies, he has consistently brought products to their heights and revolutionized industries.

Today, Kalinske is executive chairman and one of the founders of a new company called Global Education Learning, which is focused on the early childhood education market in China. Their goal is to bring quality US curriculum and educational materials to China. They recently acquired another company and launched their first product this past year, and are already profitable in the millions.
We recently spoke with Kalinske on his work and experiences.

Kalinske started working at Mattel in 1972. During his time as President and CEO, he helped build the Barbie, Hotwheels, and Masters of the Universe brands. This made Mattel the largest toy company in the world.

In recognition of his achievements, Kalinske was inducted into the Toy Industry Hall of Fame, which includes names such as Walt Disney, George Lucas, Mattel founders Ruth & Elliot Handler, and Hasbro’s Stephen Hassenfeld.

What made you take up the challenge of saving the Barbie brand? How did you do it?

At the time, Barbie just had its first decline from about US$100 million to US$42 million. The market was saturated and there was a lot of competition. I was working on the pre-school line for Mattel. Ruth [Handler] walked into my cubicle one day and told me, “Both the sales team and retailers say Barbie is over, and we should focus on something else.” The Wall Street analysts thought that it was over as well. I told Ruth, “That it is the dumbest thing that I have ever heard. I think Barbie will be around long after you and I are gone.” And so, she made me in charge of the Barbie business.
In determining the strategy for Barbie, I asked Ruth, “Why is Barbie special?” She told me, “Barbie can be whatever every girl wants it to be.” That became the strategy for how we positioned Barbie; the strategy was to segment the market. Up until then, the company would introduce one lead doll per year, with one set of accessories and a costume. I thought that was too little, so I did market segmentation and introduced a variety of Barbie dolls. There was a “My first Barbie” for the young girls. Then, there was fashion, Hollywood, and super-star Barbie for the older girls.

We also did price segmentation. At that time, people did not believe that a doll could be sold for more than $6. We introduced a series of collectors’ Barbie dolls, which sold for more than $100. We did the same thing with the accessories and costume for Barbie. There were occupational Barbie dolls such as astronaut Barbie and even the President Barbie. The theme was that every girl could be whatever she wanted to be.

Business grew very rapidly in the US and around the world. And, revenue grew from $42 million to over $550 million in only a few years. Barbie uses the same strategy today.
Battling Nintendo at Sega America 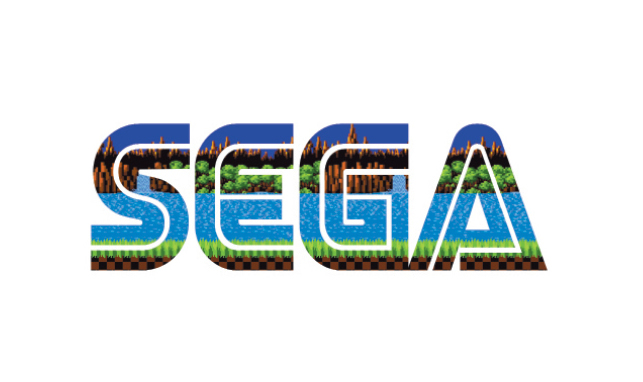 Success at Mattel was only the beginning for Kalinske. In 1990, Kalinske joined SEGA America as its CEO. His appointment transformed SEGA into a $5 billion company, and their market share grew from 10% to a peak of over 50%. In the fiercely competitive gaming market, Kalinske employed an aggressive and remarkable strategy against the market leader then, Nintendo. The success of Sega has inspired and transformed an entire generation on video gaming.

Unfortunately SEGA’s fortune took a dive with the introduction of SEGA Saturn. SEGA never recovered from Saturn and was eventually pushed out of the gaming industry. It is well documented that Kalinske was forced to introduce SEGA Saturn to the market although the hardware was not fully developed and there were simply not enough game titles to support the launch.
In May 2014, Blake J. Harris authored a new book titled Consoles War on the corporate battle between SEGA and Nintendo, featuring Bill White, Perrin Kaplan, Al Nilsen and Tom Kalinske. A documentary movie is currently in the works and scheduled for release at the Sundance Film Festival in late 2014. This story has also triggered interest in Hollywood, and we expect a movie to be released in 2016.

What was the secret behind the marketing strategy against Nintendo?

We tried to change the market. At that time, Nintendo was going after the teen market, in the range of 9 to 15-year-old boys. So, we went after a different market — the older teens and college students. We introduced more sports-theme games, like Joe Montana football, NBA, and FIFA Soccer. We also introduced strategy and war games to appeal to the older age group. And, we also had a great lead character like the Sonic Hedgehog, which was very different from Mario Bros.
We also made fun of Nintendo. We positioned ourselves as the big boys, and emphasized that their games were for kids. We appealed to the older audience and had to develop the SRB rating systems too, because we didn’t want young kids to be playing older-kid games, such as blood and shooting games.

What would you have done differently with SEGA Saturn, if you had a second chance?
I was not impressed with how the hardware of SEGA Saturn was developed. The head of R&D, Joe Miller, and I wanted it to be better and more differentiated. We lost that fight with SEGA Japan. The engineering model was that SEGA America focused on the software and games, while SEGA Japan worked on the hardware.

We had an opportunity to collaborate with Sony to produce a Sony-SEGA hardware system. We were great at software, where the money was. And, Sony was working on an more advanced hardware system. But, SEGA Japan rejected that idea. That was the first mistake, and I was forced to introduce Saturn. I would not have introduced it until the hardware was better, and when we had enough software to support the launch. We only had three titles at the launch, so that was not enough to get it going.

Was that the most difficult decision you had to make while at SEGA?

It was definitely one of the toughest decisions I was forced to do, and it led to the most difficult decision: to leave SEGA. We had great people at SEGA, and it was tough to leave. I received an offer to start and run a company called Education Technology, which was later renamed to Knowledge Universe. The goal was to look into using video game technology to improve education. I thought it was a very exciting opportunity.

Tripling Down as CEO and Transforming Education at Knowledge Universe

In 1996, Kalinske left SEGA to become President of a newly formed company, Knowledge Universe. Under his leadership, Knowledge Universe grew from a $500million into a $3.6 billion dollar group by 2005. The company also invested in over 35 education companies, including a company called K12, which is valued at $1.2 billon today. One of their well-known successes is the acquisition of LeapFrog. At LeapFrog, Kalinske made video games highly educational and was a first in the industry to do so. In doing so, he transformed the company into the largest educational toy company in the world. Revenue quickly grew from $72 million to $680 million within a short span of 4 years, from 1999 to 2003.

What was a key lesson you learned from mixing entertainment with education?

At Knowledge Universe, I had $500 million to form or buy education companies. The second company that we bought was LeapFrog. It was only doing $9 million in revenue at that time, and they were losing money. The Wall Street analysts said it was crazy to buy LeapFrog, because they didn’t believe that parents would pay extra for educational toys. We ended up proving them wrong. We used video game technology to make education more fun and adaptive for children.
We discovered that parents really are willing to pay more, and children will really use and learn from educational toys. For me, that is the future of education. 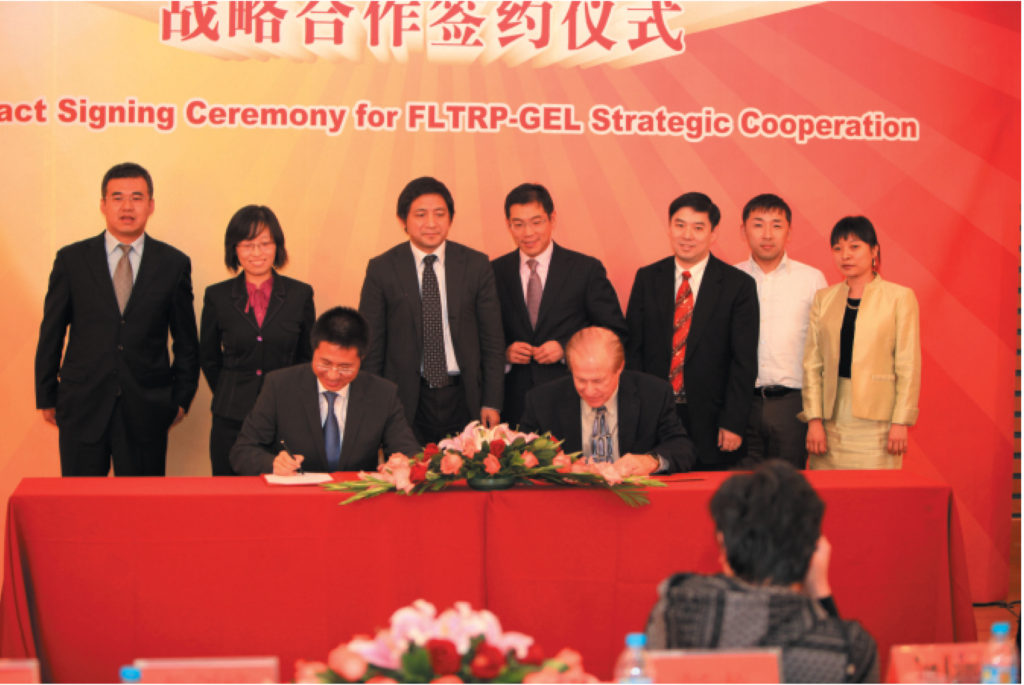 How did you make LeapFrog profitable?

We worked very closely with Dr. Robert Calfee, who was the Associate Dean at School of Education at Stanford University, to help with the design of our products. Later, he formed an education review board with other professors from UC Berkeley, Michigan, Harvard, and Yale to review and ensure that our products were educationally correct. We first ensured that they were educationally correct, and then we made them fun and interesting. Our competitors were copying everything that we did. But, they did not have the same resources in Stanford as we did. This made a big difference.

Does success beget success? It certainly seems like Kalinske has a recipe for success.

What is your secret for success?

Always be critical and skeptical about what the common experts say. In my career, I have almost always gone up against the experts’ beliefs and proved them wrong. I have also learned to not be arrogant or complacent when you have success, otherwise it will be short-termed. And, always do something that your competition will not and cannot do. Be different.

What advice do you have for aspiring leaders?

Be a real student of the market. You have to know your market better than anyone else does. Always do more than what is asked of you. Think about how you can help others in your company. Be different and again, never be arrogant or complacent.

About Don Ong 7 Articles
Don Ong, an innovation advocate and active angel investor in art, technology startups and restaurants in both Silicon Valley and Asia. He is the head of innovation at a Japanese MNC, advisor and mentor to several financial institutions and startups. He is also an avid fan of cool technologies, astrophysics, contemporary and literary arts. His favorite phrases are “never say never”, and “coffee is your best friend.”
LinkedIn